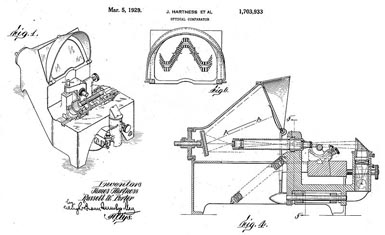 The first commercial comparator was a creation of James Hartness and Russell W. Porter in 1919. Mr. Hartness, the holder of many patents on mechanical devices, designed the first self-oopening die head for cutting threads. Recognizing the difficulties encountered in mechanically gaging all of the elements of screw threads, Mr. Hartness enlisted the services of Russel Porter and Dr. Charles Hastings of Yale University. The three developed an optical system capable of giving the exact desired magnification on the receiving screen. Thus the Optical comparator was born.

Hartness' long-continuing work as the Chairman of the U.S.'s National Screw-Thread Commission led him to apply his familiarity with optics (from his avocations of astronomy and telescope-building) to the problem of screw thread inspection. The Hartness Screw-Thread Comparator was for many years a profitable product for the Jones and Lamson Machine Company, of which he was president.

The original system developed for projecting screw threads consisted of a source of light, directed in parallel rays, across the object, through a magnifying lens system to a receiving screen or chart outline (initially a wall painted white). The operator could also measure with a hand held glass scale calibrated to the proper magnification. 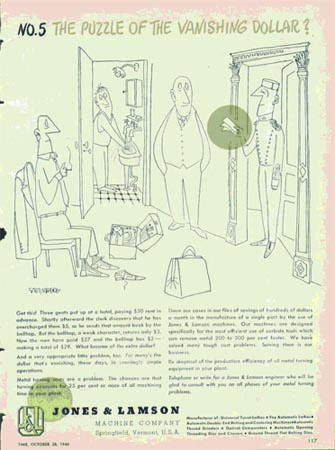 The idea of mixing optics and measurement, and the use of the term comparator for metrological equipment, had existed in other forms prior to Hartness' work; but they had remained in realms of pure science (such as telescopy and microscopy) and highly specialized applied science (such as comparing master measuring standards). Hartness' comparator, intended for the routine inspection of machined parts, was a natural next step in the era during which applied science became widely integrated into industrial production.

In 1955 J&L joined Waterbury Farrel and became part of the Textron family. J&L’s development continued with new vigor. In 1983 J&L introduced the third generation of such versatile, high speed metrology systems’ a new delta series of optical comparators including the VIVIC (video visual optical comparator) with 4 axis of positioning. 3-axis of measuring and millisecond speed of multiple measurements in the field of view with hard copy printout all under simple to program computerized control.

J&L Metrology is the last remaining full line precision Optical Comparators company to be proudly manufacturing their products within the U.S.A. 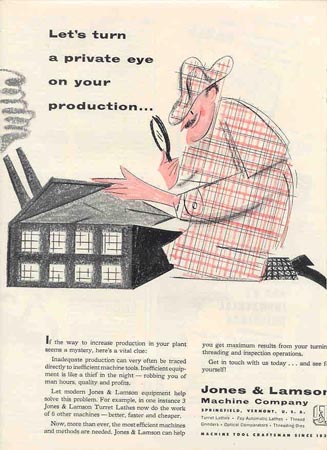 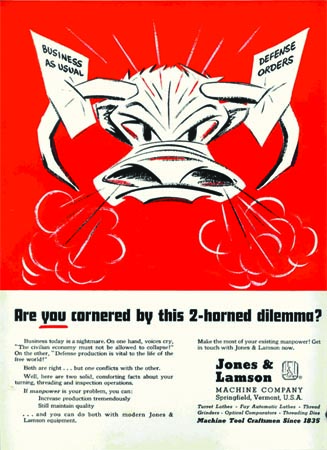 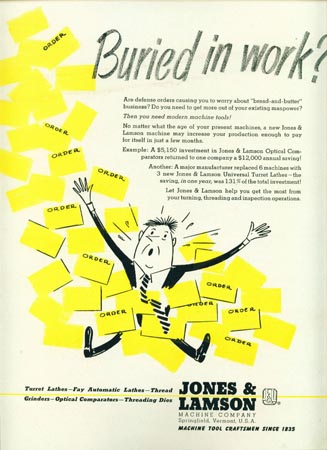 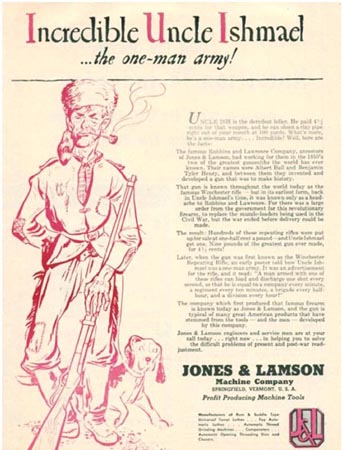